skip to main | skip to sidebar

Well, months of silence passed again and Beyond the Mirror is in its layout stage, thanks to the great help of Marco Valtriani. I think I should be able to publish the game by the quarter of the next year, hopefully. I hope there'll still be people interested in this project by then.
The many incidents and delays in the realization of the game gave me time to adjust the mechanics and the writing further, and also to do some additional artwork, so I hope that will result in a better product!
Pubblicato da Tazio Bettin a 15:01 1 commento:

Soon Joe J Prince's Eternal Contenders will be ready for its publication, and what a pleasure for me, I must say, as I had the honor of taking care of the artwork, including the cover. A dream come true for me, to be able to provide artwork for an author whose games I've been loving. You may know Joe for his Contenders. This new game expands on the concept and sets the game in a dark fantasy world.
More about the game here!
Pubblicato da Tazio Bettin a 14:19 Nessun commento:

:Beyond the Mirror Update

Thanks to Isabel Kunkle who kindly took care of the editing process, Beyond the Mirror is currently in its layout phase! The day is coming near and I feel like sharing something here as well: some of the art of this game! The above images are (C) Tazio Bettin, all rights reserved. For use please contact me!
Pubblicato da Tazio Bettin a 11:40 Nessun commento:

I remember having had a conversation with Vincent Baker, Gregor Vuga, Daniel Berg and other people about this technical term, and I'd like to keep track of it for future use, so here's basically what was told in that thread on Story Games.

From The Forge's provisional glossary.

So what are we talking about.
Vincent replied to me in a nanosecond:

So why  is this important and how can it be a problem? And more specifically, why are traditional roleplayers obsessed with avoiding what they call metagaming but, according to Ron Edwards should be called 'positioning'? Because the problem arises when 'what the character knows' and 'what the player knows' clash causing a shortcircuit.
Again, Vincent saved the day with a perfectly clear explanation.


Here's sort of the typical setup with positioning and effectiveness:

"Knights get +2 to hit" is a currency rule: it establishes a relationship between one component of a character ("I'm a knight," positioning) and another ("I get +2 to hit," effectiveness).

Here's how knowing something can work, and can cause problems:

My knight knows that the beast of Dunford Ridge is vulnerable to silver, so he loads his musket with a silver ball. He inflicts double damage!

"My knight knows that the beast of Dunford Ridge is vulnerable to silver, so he loads his musket with a silver ball" is, yes, positioning. There's a currency rule in play - "if you attack something with a material it's vulnerable to, you do double damage" - so this small detail of positioning becomes increased effectiveness, the double damage. So far so good.

But what about this?

As a player, I know that the beast of Dunford Ridge is vulnerable to silver, but my knight character doesn't. Nevertheless, he loads his musket with a silver ball. He inflicts double damage!

Here I've short-circuited the currency rule, which is supposed to turn character knowledge into increased effectiveness. All my friends shout at me that I'm cheating!

The real culprit isn't "metagaming," but the combination of two factors. Factor 1 is the currency rule, "if you attack something with a material it's vulnerable to, you do double damage." Factor 2 is the circumstance where I, as a player, happen to already know that the beast of Dunford Ridge is vulnerable to silver, before my character knows it. Together, they create a conflict of interest for me as a player: I want to do double damage, and I want to have my character act with internal integrity, but now I have to choose between the two.

You can attack the problem two ways, then: you can take on the problem of player's vs character's knowledge, or you can take on the problem of the currency rule. There's no single ideal solution; there are a million solutions (one per game design) and you choose the one that best suits your precise needs. The fights start when someone takes one solution, like "make sure that the player doesn't know anything the character doesn't know," and insists that it IS the single ideal solution, or else that it's NEVER a suitable solution.

I'm guessing Vincent covered your quandary. For thoroughness' sake, though, I'll add that Positioning covers some in-game stuff that never makes it to the level of interacting with any currencies, such as:A noble NPC tells the characters he'd be grateful to them for ridding his lands of a monster.They do it.Now they've got a rich dude who likes them. Depending on how the GM interprets that relationship, that could mean they have access to all sorts of cool stuff like maps, writs, money, horses, armor, and other rich dudes.It may seem a little odd to think of "friends with noble" as a character component, but that's Positioning to a tee.(Nerdy aside: That example still affects currencies, they're just in-fiction currencies like "influence in the gameworld", rather than capital-C game Currencies, which effect mechanical adjustments. And if you invent a stat for "influence in the gameworld", then the former just became the latter!)

:encouraging comments about Beyond the Mirror

"I super-like this game. Playing it feels like a creeped out 70s SF story about what it means to be human in a world where being human doesn't matter.

A lot of games, I like them but I play them maybe once. Beyond the Mirror is a game I have and will play again and again."

-Ben Lehman, of Polaris, Bliss Stage, and The Drifter's Escape

"An exploration of what it is to be human, in the grand tradition of Blade Runner. A game that puts you in the shoes of the hunted, while keeping you guessing all the while whether you are the predator or the prey."

-Emily Care Boss, author of Breaking the Ice, Shooting the Moon, and Under My Skin


Whenever I re-read these comments I just feel great! Thanks for the encouragement guys!

Etichette: beyond the mirror

GnoccoCON.
Somewhere in the deep wild farmlands (believe me. You see them, it makes sense) of Reggio Emilia, September 2011.

I love cons. I love meeting old time friends and new people. I find it especially enriching when people come from the US or UK and join our little events here in Italy, as they always bring new and different points of view.
This time I had the pleasure to meet Gregor Hutton, author of 3:16 Carnage Amongst the Stars, Remember Tomorrow and Best Friends with whom I had some nice talk.
And it was yet another great occasion to playtest my game, Beyond the Mirror. I must say, I felt deeply touched by the enthusiasm people showed for this project, and their insight and suggestions were simply great.
So thank you to Mauro, Luca, Stefano, Francesco, Barbara, Alessio and Alberto for playing!
The day I finish this game doesn't feel so far away after all...
Pubblicato da Tazio Bettin a 00:21 Nessun commento:

Etichette: beyond the mirror

:A major cleanup and a new site

I'm proud to announce that my game, Beyond the Mirror, has finally reached its final stage, and apart from some polishing up of the text and preparation of the graphic side of the project, the game itself is finished.
I created a website for my creations, where you'll find more info about Beyond the Mirror and other upcoming project, and you can access it by clicking the link below:

I am Tazio Bettin, The Atomic Gear, an Italian guy who loves to play and create roleplaying games.

On these pages you’ll find my gaming-related ramblings.

If you want to see an example of my designs, visit my webpage by clicking the link above. 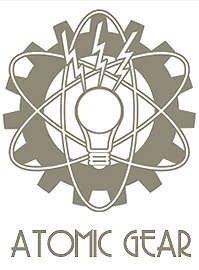 Beyond the Mirror downloads: